Welcome back to Sunday Book Review! Since Christmas celebrations kept me from finishing this week’s novel, today I’m giving my thoughts on a short story I read a few weeks ago: Skies of Dripping Gold, by Hannah Heath. 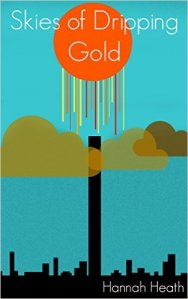 How I found it: pre-order announcement on author’s website.

In an angry, frightened world where the Poison claims many lives, a young man’s belief in Paradise has collapsed into a distant dream. Gabriel can no longer place his trust in the existence of such a place. Not when his sister’s pain continues to sap her strength. Not when prayers for her healing go unanswered.

As the Poison progresses, eating away at Lilly’s life, Gabriel sets off on a desperate climb to save her from death. Struggling to discover the truth behind a world where the skies drip gold, Gabriel tries to maintain his disbelief in God while clutching after hope for his sister’s salvation. But, as he climbs the cliff that is said to lead to Paradise, he begins to see: if he can’t bring himself to believe in a place of peace and golden skies, then how can he possibly hope for his sister’s rescue? How can he possibly hope for his own?

Caution: potential minor spoilers ahead, though I’ll do my best to not reveal the ending.

First impression: I pre-ordered Skies of Dripping Gold based on the blurb, which presented an intriguing premise, and a curiosity about Hannah Heath’s writing.

The best: in my opinion, SoDG’s strongest point is the conglomeration of human emotions that it conveys, mostly through the protagonist, Gabriel; but also through Lilly and Cole. The story is raw, rough, and it doesn’t sugarcoat anything.

As far as he was concerned, there were only two all-important laws on earth: 1. Don’t murder people. 2. Never swear in front of Lilly.

Heath really puts my disbelief in a perfect story to the test. As in, I’m almost making stuff up here.

“Man, Nate, you’re being uber picky about this.” Oh, yeah? I’d like to see you try to find weaknesses in this story…

Conclusion: Skies of Dripping Gold gripped me from the start. Heath’s writing is some of the best I’ve read in a while. Elegant yet clean, purposeful, and rich. The protagonist’s emotions are real, and that’s an accomplishment for a short read. It was almost too quick of an end…almost. Masterful communication. Kudos to Hannah Heath, and I’ll be back for more!

You can find out more about author Hannah Heath on her website.

Note: there are a handful of swear words in the dialogue. Being a Christian short story, some readers may take offense, but please don’t. They’re few, they’re mild, and they’re used for a very necessary purpose. When your sister’s dying and you’ve given up on a God that’s supposed to love you, ‘well, hot dog!’ just doesn’t cut it.

I paid for my copy of Skies of Dripping Gold and wrote this review without involvement in any exchange or deals. Thoughts and opinions are my own. Yours may differ, and that’s fine. Feel free to drop a comment below! 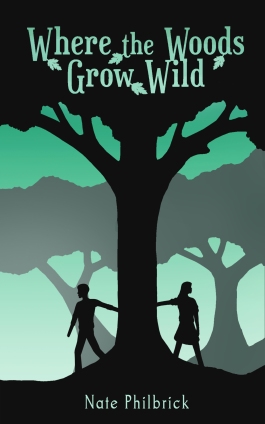