In a world where millions of novels compete for readers, you have a tool at your disposal that no other person on earth has access to.

I’m talking about your voice. Your unique, individual, never-heard-before voice. 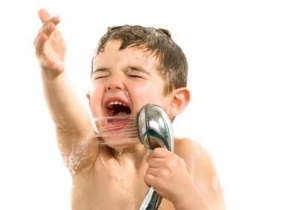 Uhm, no. Not that. Your writing voice, genius!

It’s no big secret. You’ve heard this before. But it’s important, and I want to remind you again. Write with your own voice, not anyone else’s.

Your voice sets your writing apart. Does it make you better or worse than other writers? Not necessarily. But it makes you you. And that’s the key to unleashing your very best fiction.

It’s easy to look at successful authors and try to sound more like them. But don’t do that! Be you. Express yourself. Don’t settle for being someone else’s shadow.

I once thought I needed to write more like Neil Gaiman (don’t judge me). It lasted for about one chapter. That’s as far as I got before realizing that I was being an imitator, not an innovator. There’s already one Neil Gaiman, and he’s a much better Neil Gaiman than I could ever be.

Discover and develop your voice, write your stuff. And who knows? Maybe years down the road there’ll be a handful of writers trying to sound more like you. Now isn’t that a thought?

2 thoughts on “Only Your Voice Will Do”